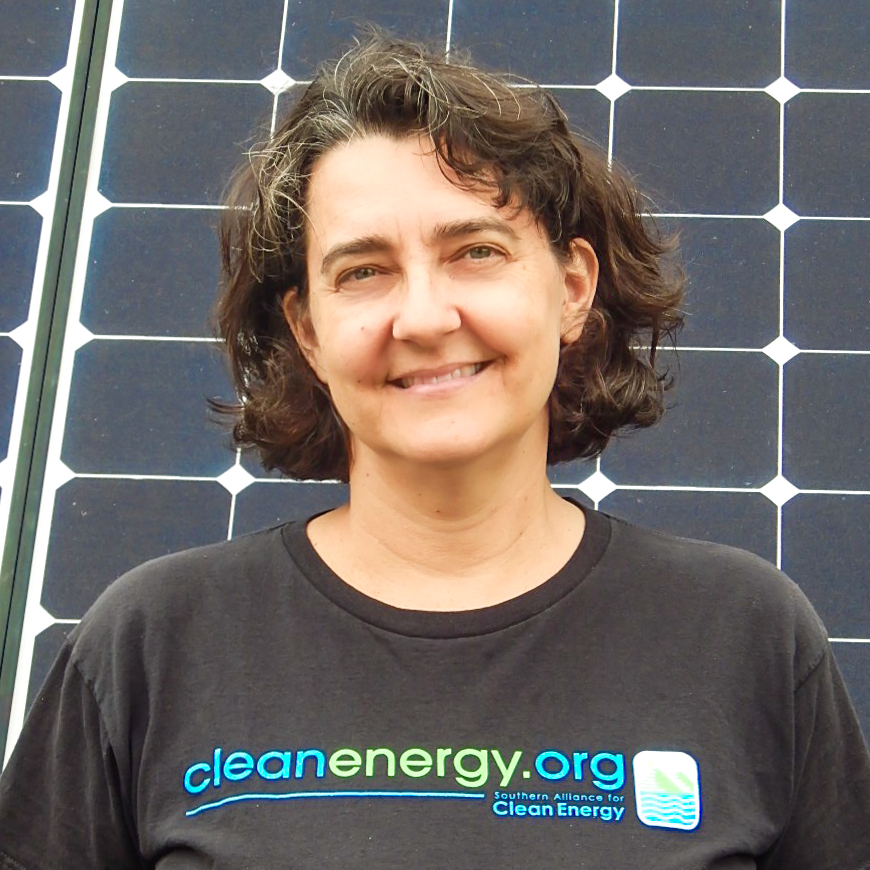 Since 2006, Jennifer has worked with the Southern Alliance for Clean Energy and the Southern Alliance for Clean Energy Action Fund to advance stronger federal, state, and utility clean energy policies in the Southeast. Managing both policy and communication teams, Jennifer has focused on developing and executing campaigns and advocacy programs aimed at changing the way we produce and consume energy in order to educate decision-makers and the general public alike on the risks posed by climate change and the clean energy solutions at hand. In her Action Fund capacity, Jennifer oversees the creation and publication of election results webinars, scorecards, digital ads, and candidate endorsement as well as other (c4) related campaign work. An experienced advocate, writer, and public speaker, Jennifer also directs SACE Action Fund’s overall communication strategy and operations and oversaw all communication efforts for successful solar ballot campaigns in Florida in 2015-2016 to abate property taxes through a constitutional amendment and defeated anti-solar amendment bankrolled by investor-owned utilities. 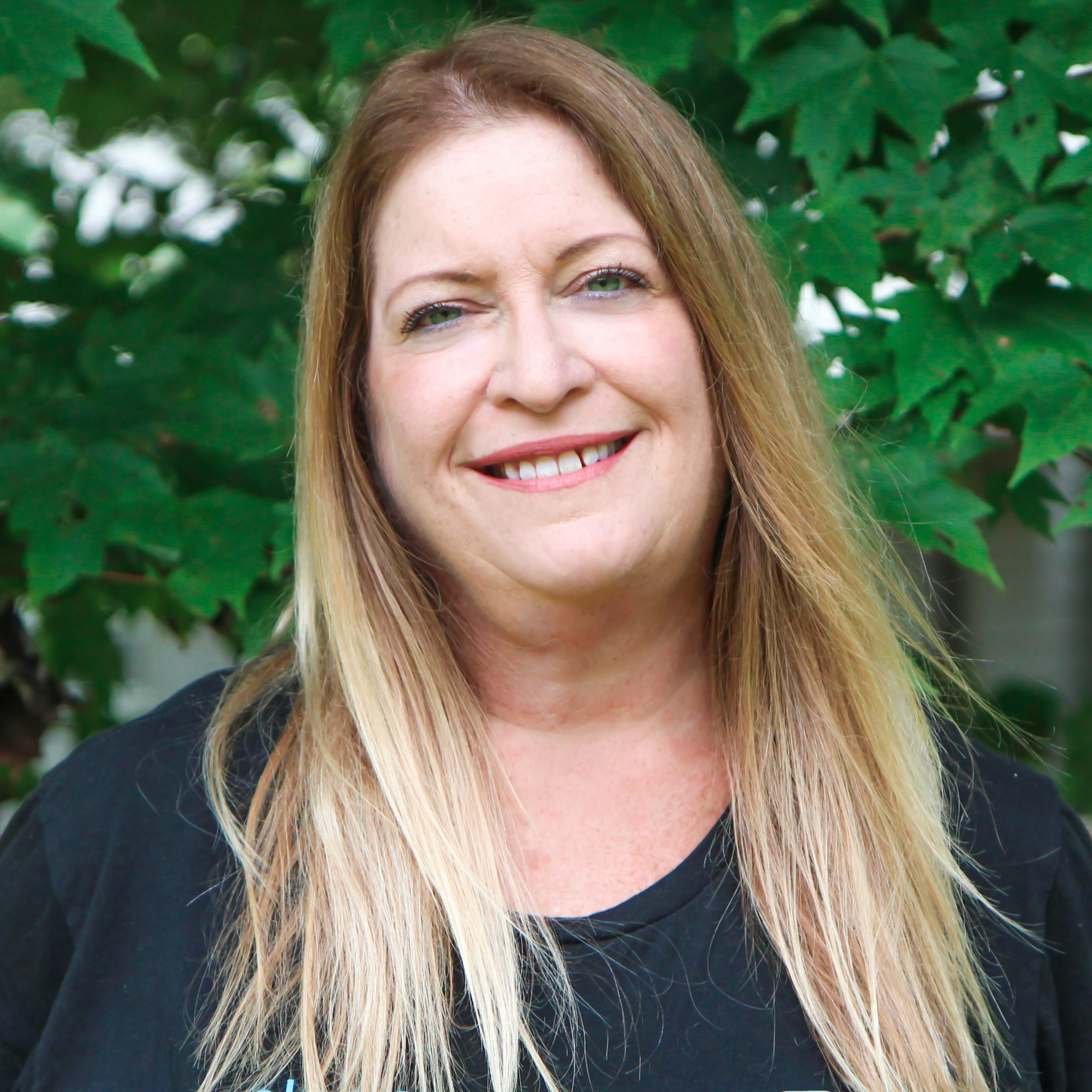 Susan has worked with Southern Alliance for Clean Energy since 2001 as a consultant and lobbyist and was tapped to direct Florida campaigns for both SACE & SACE Action Fund in August 2013. A native of Florida, Susan has consulted with many national organizations such as Natural Resources Defense Council, Ceres, Advanced Energy Economy, Union of Concerned Scientists, Physicians for Social Responsibility, Vote Solar, Clean Energy Group, Environmental Defense Fund, and Clean Air Task Force. She developed and directed The Florida Business Network for a Clean Energy Economy, a coalition of business leaders working together to advance the clean energy economy. Prior to energy and climate issues, Susan worked to grant the FDA authority to regulate tobacco with the Campaign for Tobacco-Free Kids; to institute a nation-wide health tracking system with Trust for America’s Health and for the first time to fund prostate cancer research with the National Prostate Cancer Coalition. Susan was recently appointed by Governor Rick Scott to the Florida Commission on Volunteer Service. She was Founding Chair of The Florida Commission on the Status of Women. Susan grew up in Tampa, attending St. John’s Episcopal Day School and Academy of the Holy Names. She holds a Bachelor of Science in Speech from the University of Texas at Austin and an A.A. from Florida State University. Susan resides in Belleair Beach on Florida’s central Gulf Coast. 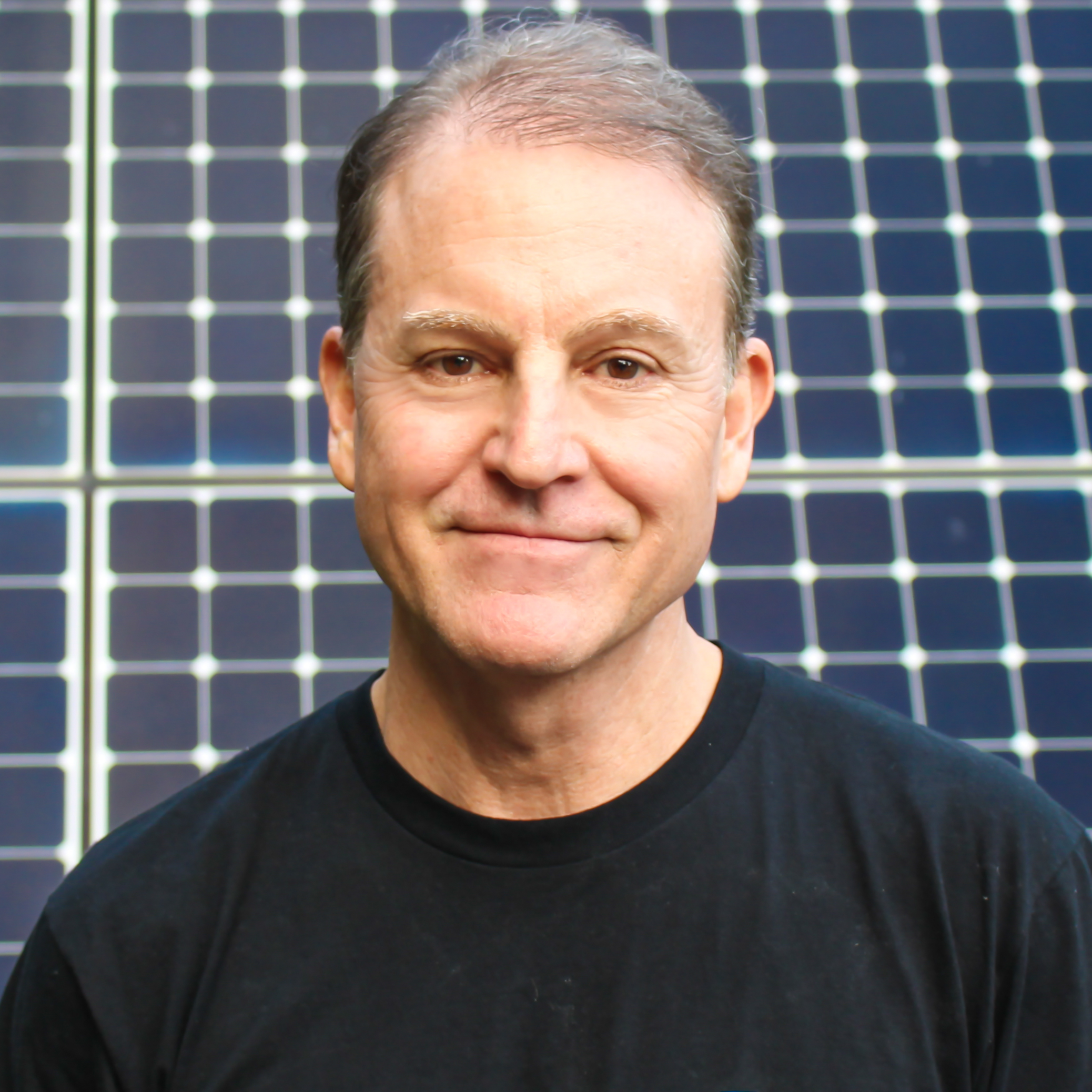 George joined Southern Alliance for Clean Energy and the Southern Alliance for Clean Energy Action Fund in April 2013. His focus for both SACE and SACE’s Action Fund is on advocating for state policies that sustainably ramp-up energy efficiency programs by Florida’s power companies, and that encourage meaningful renewable energy development in the state. George is active in the south Florida community and serves on the Broward County Climate Change Task Force. He earned his JD with honors from Nova Southeastern University’s Shepard Broad Law Center.

Justin is a seven-year veteran of President Barack Obama’s advocacy and electoral organizations, serving as the Tennessee State Director and later South Regional Director for OFA between 2009 – 2014 building one of the highest performing teams in the country.

Prior to joining SACE and SACEC AF Justin served as Deputy Chief of Staff to Chattanooga Mayor Andy Berke 2014-2017, managing a team of senior staff including the Directors of Sustainability, Public Safety, Engagement, Public Art, Office of Early Learning, Policy, Multicultural Affairs and key initiatives, including the campaign to end veteran homelessness and the launch of the Family Justice Center for survivors of domestic violence.

Justin received a B.S. in Nonprofit Management from the University of Tennessee at Chattanooga in 2004 and lives in Chattanooga, TN with his wife Kiersten, an elementary school teacher, and three children Charlie, Sam and Emmie Klair.

Justin currently advises philanthropic and political groups and works to organize SACE AF resources with allies around strategic and aligned plans to advance our goals. 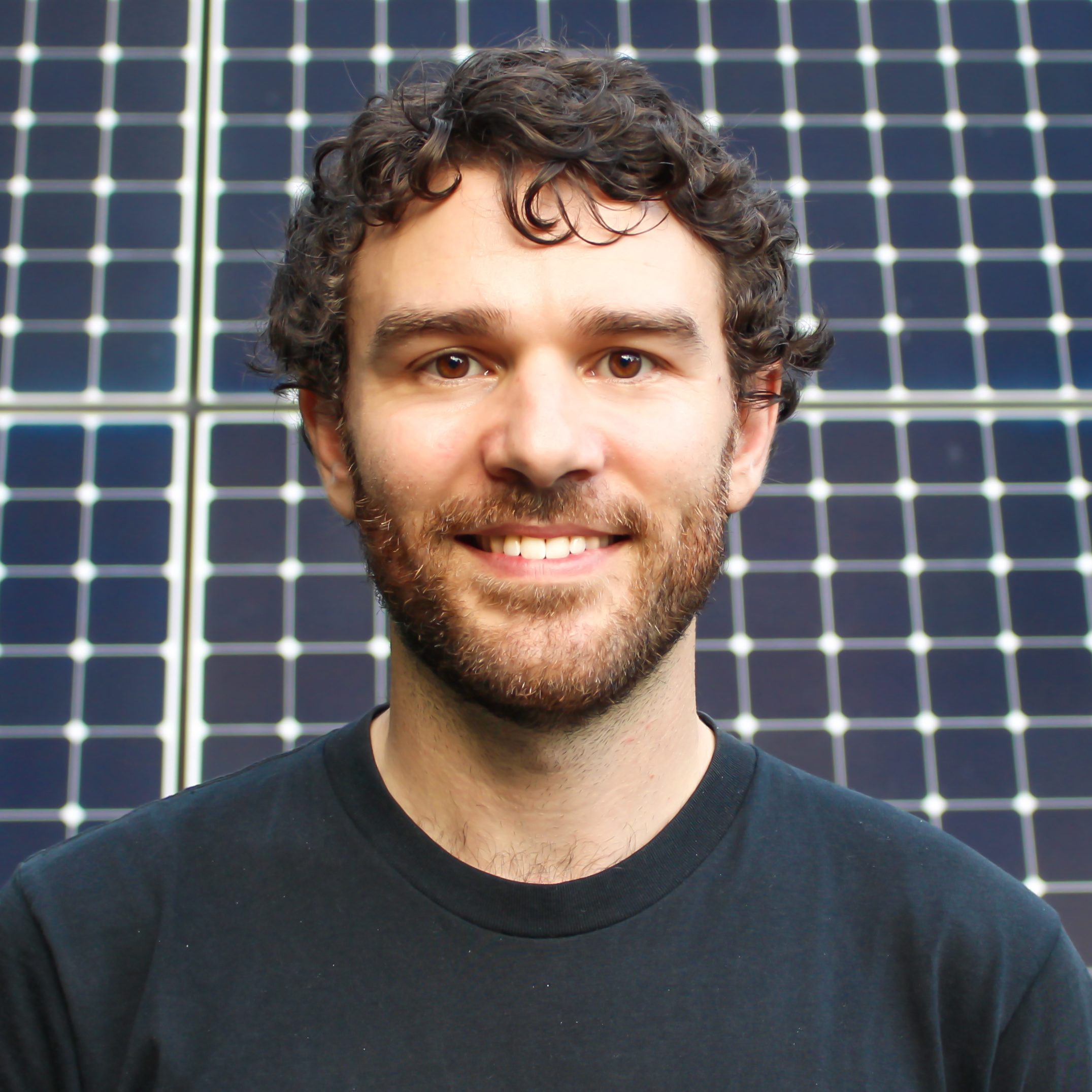 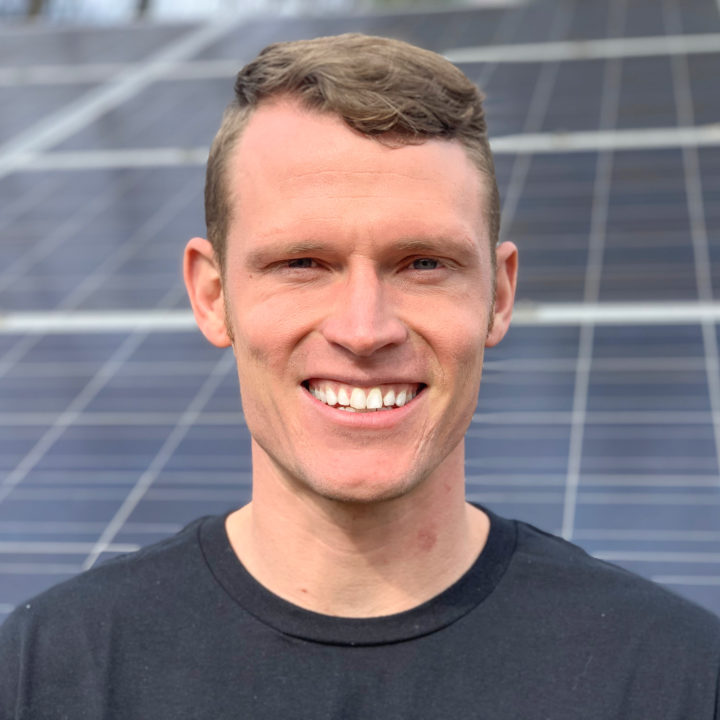 Kansas native Brady Watson attended Kansas State University where he received a bachelor’s degree in History, and then a master’s degree in Documentary Film and History from Syracuse University. After doing some freelance work in the film and tv industry, Brady started in the nonprofit world organizing around fuel efficiency standards. That turned into working on a gubernatorial race, and, most recently, a move to Knoxville to run a mayoral campaign.

Brady is based out of Knoxville and is responsible for identifying potential races and issues where the SACE Action Fund can have an impact whether that be on the local, state or federal level. Brady will also organize around ballot initiatives and utility issues that may impact climate and energy policy. 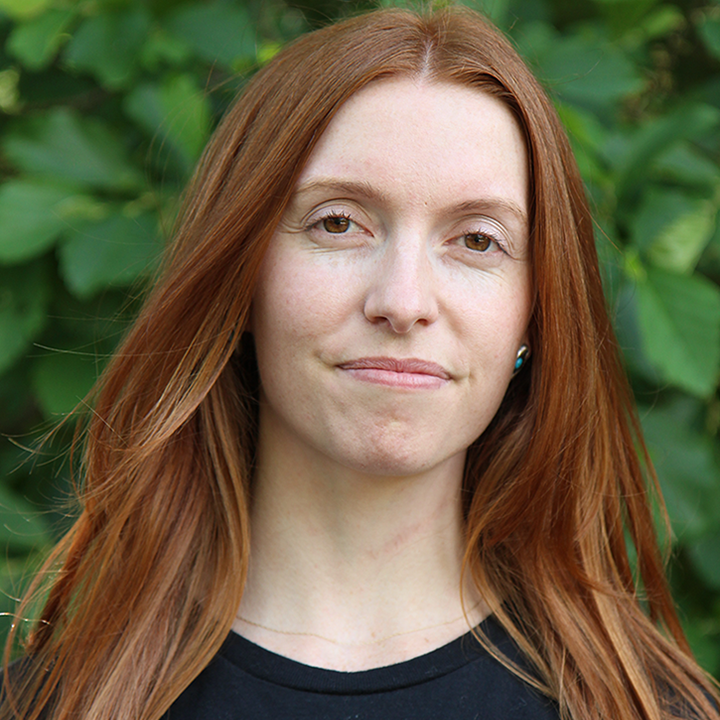 Prior to SACE, Kate lived in Raleigh, North Carolina where she worked in the textile industry and helped develop sustainability programs that benefited, nonprofits, schools, and local artists.